I wrote the blog below after I got hired in April, 2011 at 94.7 WLS.  Since then, there has been a few changes, including the fact that I am now producing two shows, John Records Landecker and Dick Biondi.  I can not tell you how much of a thrill this is to be working with these two living legends at W-L-S.

As a small tribute to Dick Biondi who is celebrating a milestone tonight, I am reposting my blog from two years ago, along with a couple of audio clips from his shows on this date.  The first one is from earlier today, (he'll be back again tonight for more anniversary fun at 11 pm).

The second clip is from his 3rd anniversary on WLS.  (This was also his final show, as he was fired by the next morning.  Later listeners swear that they remember him telling a dirty joke on the air.  That never happened.  He did get into a fight with a sales guy.)

For more on that and other stories about Dick Biondi, visit www.BiondiRadio.com

Melissa Forman, Tony Lossano, Rick Zurick, Jim Gronemann at WLIT
For most of my adult life, I was with WLIT and before that I was with WKIE, which at both stations I had the privilege to work with Melissa Forman for most of that time.  Working with a great team doing live local radio was a dream come true.  I had the opportunity to meet many great stars, be a part of the funniest radio moments and learn so much while producing The Melissa Forman Show.  Even after the show ended, I was and still am lucky enough to be friends with every person from the show.
-

The Z95 Silver Dollars!
Each night at 10:55 pm, before he went off at 11, I called in and played a 30 second highlight tape of his show from that evening.  I would then rate his program and we would discuss how the show went.  Alright, so this wasn't an official paying gig in radio, but it was my first real taste of producing and putting it on the air.

During my time at Z95, I tried producing an intro for my segment with other jocks, like Brant Miller, Wayne Messmer and Paul Barsky, but the program director Ric Lippincott sent me a letter explaining that it was against the rules.  (I wasn't in smart enough to dispute this)

My first "memo"
I also once was told that I said something on the air that was even worst than a swear word.  I mentioned B96 on their station.  Somehow, I really didn't believe that the FCC was going to fine them for this occurrence.

I am not sure if this is still valid for discounts at record stores, but it does give me access to this place.
Besides doing my segments from home, I did get to come to the studio often to do bits...I even brought actual 8 Bozo tickets (the ones that you had to wait 9 years for, which apparently my aunt ordered for me almost a decade earlier) and gave them to Pete to give away on the air.  (I was like 14, I did many years of going to Bozo as a child, but I felt that I was too old to go at 14.  I should have gone).  Pete gave them away and the next day he said on the air to me that the suits at WGN was on the phone with Ric claiming that only WGN has the legal right to give those tickets away on the air.  Then they ask him where did they even get the tickets, which, according to Pete, he replied "We're printing them in our basement!"  It was soon after that, that I was told that the segment would come to an end.
-
I still have audio from those days, but as soon as I figure out how to transfer it from 8-track to a MP3, I'll be able to post a few of those golden moments.

The dogs are really happy that I am back at work!

Now that I am back at 94.7, producing, doing production work and whatever else is needed, it is a real thrill and I know how lucky I am to be at a powerhouse heritage radio station...and I plan to stay here for, hopefully, a good time! 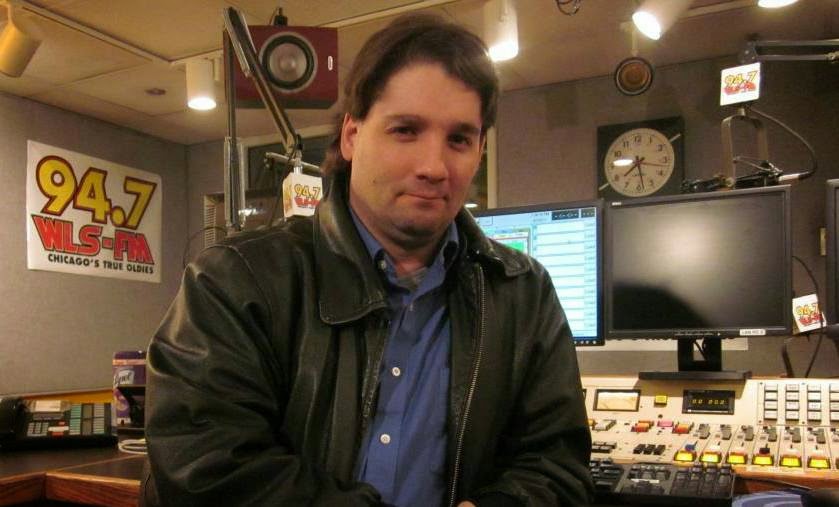 Just having a party with Danny Lake on 94.7 WLS-FM!

UPDATE: After months of working in production, out at the Farmer's Market for promotions and producing Danny Lake's weekend shows, I was offered the opportunity to work with Dick Biondi.  I am now his producer each weeknight from 7-11.  He doesn't like the words "legend" or "greatest" when being described by others, but I will say, that this is a huge honor for me and a thrill.  I asked to l remain with Danny Lake as well, as I really do look forward working on these programs!