Tidbits...
This is a blog with a multiple personality disorder...The usual single topic will return...and now for something completely different...

Feedback...
I have been getting comments via e-mails, faxes, letters, telegrams, scrolls, etc. -  I love hearing from you, and always have!  Lately, I have been receiving nothing but positive feedback about this blog, which concerns me.  I thank you and will continue to crank these out for as long as the check clears or until I run out of ink-ribbon in my typewriter machine.

If you want to share your comments with me, I'll be home between Noon and 4 pm tomorrow, so just stop on by.

Cyber Sex?
Recently, another one of my female friends, (let's call her "Jennifer"), has suggested that I should try online dating.  I wasn't allowed to date while married, and online dating didn't exist back when I was single.  So, I am not sure that the internet is the place for me to go to meet some wonderful dames.  Then I read a study which claims; "couples who met online are more satisfied with their marriages".  Now that sounds good.  I just wonder who is behind this study? (Click the link to see who is behind the study)


Where's Johnny!
I am an avid fan of the late night talk shows.  I grew up in the Johnny Carson / David Letterman era, so it is not difficult to figure out how I got hooked in. 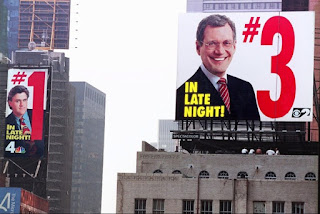 Late night TV is not grabbing the youth nor seem to be concerned about that for the future.  To go younger, NBC has Jimmy Fallen replacing Jay Leno in 6 months, but are the kids even watching him?  The answer is yes, if by kids, you mean people in their 50's.  And they are getting older each year!

Here is a surprising unofficial breakdown of the late night stars, (their own age), and the average age of their audience.

Get Looped!
I use many different social networks and they are all linked together...sooooo, with one click, a single post can be automatically shared on all of my pages...but where does that end?  Could that trigger the others to repost/tweet/share/etc....in an infinite loop that will eventually destabilize space, time and Tumblr.

How Many Zooey Deschanel's Are There?

I have decided to refocus my affections towards Zooey "The NEW Girl" Deschanel.  Yes, the actress...Did you think that I was talking about the Zooey Deschanel that works at the Protein Bar near State & Lake streets?  Well, no, not her, and, I think that that girl got transferred to the Merchandise Mart location...and I also believe that her name was not Zooey Deschanel. 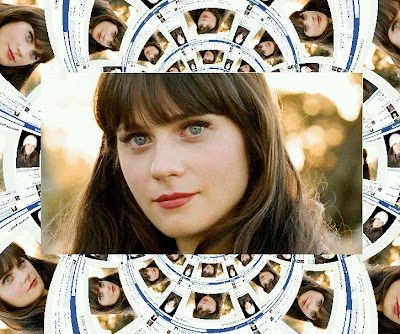 Anyway, back to the American actress, musician, and singer-songwriter, Zooey Claire Deschanel.  She is currently my favorite female.  Not just cuz she is funny on her own show, or cuz I like She & Him, (and have liked her singing voice since Elf), or admire her success as a fellow blogger...I have discovered each and every one of these aspects about her, INDIVIDUALLY, before I even knew who she was or her name, or even before that I realized that she is all the same person.

Now that I know that there is only one Zooey Deschanel, I like the girl, er, I mean, The New Girl!  So, just like the a movie, please, please, please, let me get what I want!  (Except, that may only lasts for 500 days)


(Oh boy, it really looks like "Jennifer" has a point about this online dating idea...Plus, this also allows me to tie things up in this blog, and may even make it have a purpose.)