What is wrong with the print media? [Need more pizzazz!] 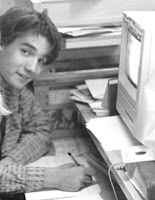 Newspapers will be extinct in 2017?  What will it be replaced by?  Bloggers???  How is that even possible?  [Note to my editor: Please make sure I don't sound too dumb here.  I'll add my notes throughout this blog.  Please fix.]

I use to be a newspaper man.  [Tons of EASTER EGGS, or as most people call them, LINKS!]  For six years I was with two different newspapers, (holding a variety of positions, like columnist, reporter, photographer and even the managing editor).  [Too self-serving?  I had to paint the picture]  Sure, this may sound impressive, up until you realize that they were school papers...the only thing less impressive would be making oneself a blogger. 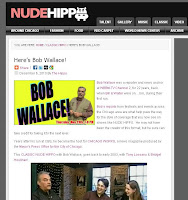 This isn't my first blog.  I use to blog for our old radio show, then for my old TV show (pic to the right) and even for a 4th place network.  So I consider myself practically a professional blogger.

Are bloggers the future of journalism?   Is working for a newspaper today, a dead-end job?  How did the newspapers fail so poorly?  [This sounds stupid...suggestions?]

Some say that the fast-growing internet is the reason why newspapers are suffering...but shouldn't THIRTY years be an enough time to figure things out?

Here's a report talking about newspapers going on an early version of online:


This task by the newspapers was only an experiment.  It was disliked by many in the newsroom, and even though it lasted 18 months, (twice as long as it was scheduled), it really didn't prepare the papers for the unknown future in what historians will call the digital age.  [Needs to be fact-checked]

In Chicago, the two big papers are the Chicago Tribune and the Chicago Sun-Times.  BOTH have had their woes of troubles.  They have been fierce competitors for years who were even across the street from one another.

Back then, things started to slip as the internet took over profitable portions. The papers should have secured their most valuable assets, which, in my opinion are their columnists and investigative reporting.

What they should have NOT focused on, at least for print, is just reporting the daily traditional news stories.  Instead, newspapers did the opposite of what they should have done, which was depending on press releases and reprinting news from sources like the Associated Press.  Nothing unique and content that is so widely available that Google has become an actual source for the same news stories.

[I need to bridge the last thought with the next line.  Maybe an intern can do some research and write up a line.]

Competition with newspapers and TV was virtually gone back in 1998.  Here, I spoke with ABC 7's Ron Magers about this:


Depending on the particular age of the target reader, it does appear that the younger audience is getting less of their news from the traditional media and more from social networks, where the opposite occurs with older readers.  [Sentence structure needs reworking]  Instead of becoming more invested in securing in the less interested younger readers, newspapers are dropping the very things that make their content exclusive and engaging.

Is it too late for the newspapers to fix these issues?  For example, trying to incorporate a registration sign-in process, just to see content that is available on other sites, simply drives traffic away to those other sites.  The newspapers downsized their staff of columnists, destroying any reader's loyal habits.

So it appears as if they are doing all sorts of other money-saving tricks, like splitting print from the rest of their media empire, ending expensive partnerships, filing bankruptcy, filing even for bigger bankruptcy, ceasing political endorsements, dumping the entire photographic staff, and no longer using child labor for breaking news stories.  Will any of this change the fact that they are a bit late to the party, that the internet seems to be the star. [Not really sure if this make sense, but doubtful that anyone will read this far down into my blog]  Here's Dan Rather with more:


If newspapers do somehow survive past 2017, they will have to evolve into something that a younger generation would be interested in, something that keeps up with technology, something that provides a void that is now missing.  I doubt that they will be able to achieve any of this.

How can I make this claim?  Look at my record.  I made a bunch of predictions back in 1992, which included the future of newspapers:

Keeping up with the times?  Well, at least the old newspaper boxes are now being equipped with the ability to accept credit cards...cuz THAT was the reason why people weren't buying yesterday's news printed on paper! 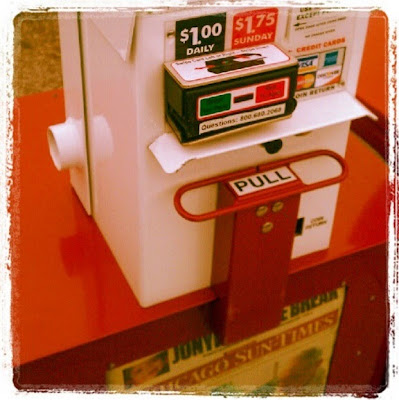 Several publications were sold this week, Newsweek, The Boston Globe and The Washington Post.  Only the Washington Post seems to have a bright future, as it was bought by Billionaire Jeff Bezos, who may just support it, just cuz he can.  [One final note to my editor: As a blogger, I seem to not actually have an editor, so this column blog may be lacking the depth, clarity and focus that would normally come from traditional media.  Hopefully, this can be fixed in the near future, or the next generation is f#cked!]