While watching that first show, Arsenio was very raw, his jokes fell flat and his only good guest was Snoop Lion.  I wondered that night, why did he not start with a bigger star or someone that was fascinating, or even both, like his longtime friend, Eddie Murphy?  Snoop & Eddie were even were working on an album together, so that would have been a great excuse to have Eddie on as well. 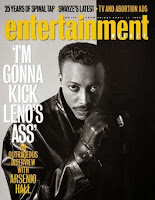 That first show was crucial to grab viewers.  When Arsenio first began in 1989, there really was only Johnny Carson, and the king of late night was really only doing 3 new shows a week.

By 1994, competition was fierce with David Letterman and Jay Leno fighting it out, then others, like Dennis Miller, joined in on the Late Night Talk Show Wars!

The best part of Arsenio's come back show, was the opening bit, with a rival who he once spoke about in Entertainment Weekly;


After almost 20 years to find the perfect first guest for your new show, I kinda would think that you can do better than Chris Tucker.

Eddie would have been huge.  David Letterman and Conan O'Brien both have had to restart their shows and had big names as their first guests. 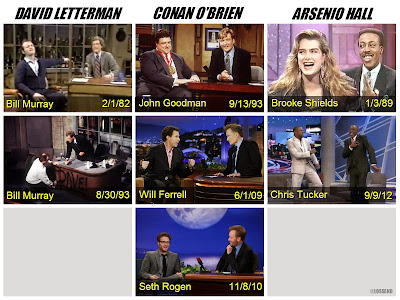 Last night, Arsenio finally had on who should have been his first guest, Eddie Murphy.  As Arsenio introduced Eddie, he made a joke, that may have been more real than he liked;


"My biggest challenge was, don't get cancelled before your friend come on." 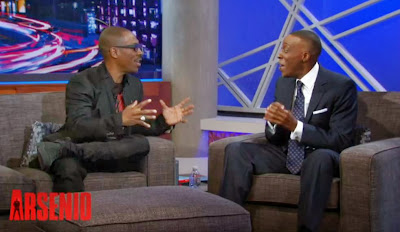 Eddie Murphy could not save this show, simply with a single appearance, but it would have set Arsenio on the right path, with a very rare late night appearance by a big name star, who he connects really well with.

I told a colleague and good friend that I was going to do a follow up on how Arsenio is doing now, and she responded with;

"I forgot that he even had a show!"

Maybe we're not his target audience, as he talks about in a recent interview, Arsenio Hall: 'If Urban America Watches My Show, I Can Survive'

I did like last night's show better than what I've seen since he's restarted his program...


I just hope that he can find his way through this new era of the Late Night Wars.  I can only hope that he goes back to being real, edgy and have a ball!

He has already lasted longer than Toronto Mayor Rob Ford’s reality show, who also had Chris Tucker on in the first episode.  (Kidding!)