Tag You're It! Graffiti Off The Blue Line! 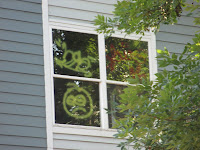 Re-branding The New Kids On The Block!
In Chicago, the gangs are running a muck and there are proposals to curb it.  Now, I am not looking to start a turf war here between me and the Chicago gangs, inc.  I just have to ask a question:


Who is in charge of the marketing department of the local gangs?

Growing up, I was able to recognize what gang affiliate was behind the graffiti art that I saw here and there.  Each group had a symbol and seemed pretty proud to share it.

Today, it looks unrecognizable and comes off as quick scribbles everywhere.  I would first like to applaud on the penmanship for these young medical students, (assuming that they are practicing writing prescriptions while learning about pharmaceuticals).

Wet Paint Sign: Stop Pissing In Your Own Pool!
Tourists, business people and people who work in Chicago that commute to work may get a glimpse of graffiti...and when I say "a glimpse" I mean "a whole freakin' lot" of graffiti.  When I went scouting for places to move to, the first two things that I look at, beyond the front-door are, is the grass in the neighborhood tended to and is there any graffiti. 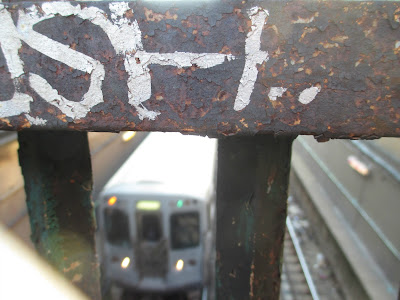 I have noticed a huge increase of graffiti along the CTA Blue Line in Logan Square/Wicker Park.  Say what you will about former Mayor Daley, but he was on top of this with his Graffiti Busters, where Rahm seems more focus on giving millions to a private school, while claiming that there is not an enough money for the public schools.  At this point, I suggest that we start looking at electing a new Mayor, one who won't let this city turn into Detroit.

...and to you kids out there who are scribbling on these walls, I get that Chicago has closed a bunch of schools, but at least there are still some fun programs available with the Chicago Park District.  If that doesn't appeal to you, at the very least, STOP PISSING IN YOUR OWN POOL!  By creating graffiti all over your own neighborhood, that is only going to make things worst for your area.  That helps drive property values down, deters people not from your area to avoid doing any business there which eventually reduces opportunities.


If you see graffiti, you can report it to the Bureau of Street Operations Graffiti staff.  Simply call 3-1-1 or just anonymously submit a Graffiti Removal Request. 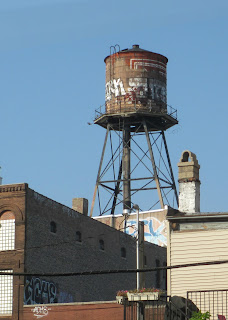 Early Troubles With A Tagger
Back during my grammar school dayz, I once got in trouble for painting over graffiti during art class.  I discovered that an unknown classmate graffitied up our coat room.  I approached a friend, who I knew was a tagger, and he could not identify who may have done this.  We were lucky to have a very good and likable teacher and I did not want her to dislike our class.  So I wanted to paint over the graffiti before she saw it.  I knew that we had art class the next day, so we just had to keep her out of the coat room for another day.  My tagger friend had paint that matched the walls, and brought in all of the need supplies.


So during art class, a few of us painted over the graffiti.  We got it all done, and we would have gotten away with it, if it wasn't for those meddling kids!  Someone snitched on us.  I remember our teacher yelling:

How do I know that you weren't in there sniffing the paint fumes, trying to get high!?!

I just looked at her and said:

Come on, we are talking about me!

She agreed.  I was both the teacher's pet and the class clown, but I was far from ever a real problem.

She had to take us down to the principal, which I understood.  We did not get into any trouble.  We were simply told to not do anything like that again, even if our intentions are good.