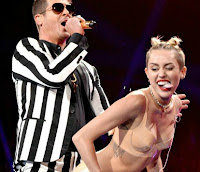 I seem to know more than I would like about Miley Cyrus, yet I do not know nearly enough about the mess in Syria.  I doubt that I am alone here.

It is hard to determine whether or not if most people are uninformed, misinformed or just do not trust the info or a source.  The online comments that I have read regarding Syria, say that they do not want us to invade, or to be in another war in the Middle East.  Even though I have not found anything where the Obama administration proposes either of those, people online seem to think that it has.

How can anyone really know what is going on, especially with the focus on stuff like Blurred Lines!


You don't want to see the percentage of 'merica will believe that poll is real.

Yesterday, Secretary of State John Kerry addressed concerns and explained the administration's position to the Senate Foreign Relations Committee.  The resolution will limit Syria action to 60-90 days, no boots on the ground and no Mission Accomplished fanfare. 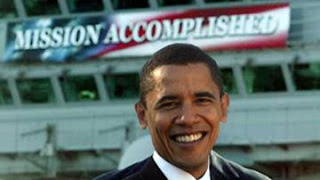 I got most of my info about what has been going on in Syria from the BBC.  It would be nice if the news could cover these stories without any concerns about their ratings or costs.  Just tell the darn news, they were granted the broadcast channels under the condition of the "public interest standard", so they have plenty of opportunity to make a ridiculous profit.

OR they can just totally turn the news media into entertainment.  May I suggest a Robin Thicke-John Kerry mash-up, (I made this animated gif to illustrate):

See, that can even help to inform the non-news junkies.  If that doesn't work, maybe people will get interested if it involves children...

It was reported that over 400 children were killed by this chemical attack in Syria.  Not sure if that will make a difference here.  In Chicago, from all of the shootings, to closing schools, it does seem that children are not as valued as they once were.

In @ColbertReport first show back, we get ripped: "If America cared about shooting people, we'd be invading Chicago."
— natasha korecki (@natashakorecki) September 4, 2013


Come to think of it, the rest of the country may be similar, as we have moved on after twenty kids were killed in Newtown and nothing has happened to prevent this from happening again.  Is this the hysteria created by the media?  Well, the media has moved onto stories like Sharknado!


*This highlighted the reality of our interests in things, to help show texture.