According to Wiki; Carl Schurz was an accomplished journalist, newspaper editor and orator, who in 1869 became the first German-born American elected to the United States Senate.  He had many other accomplishments, but I will know him mostly for the fact that my high school was named after him.

In the late 80's, I wrote a feature column in my school paper. (This was back when newspapers were not just available on a tablet).

I wrote for the Schurz Times newspaper;

At the time, I covered anything from entertainment news to in-depth coverage of what was happening in the school.  The results; a popular column that occasionally stirred up some trouble.

In 1990, I hit a snag with one of my stories that I was working on.  I was doing this exposé on how my school was falling apart, yet there were plans to build a new sports building on an adjacent empty lot next to the school. 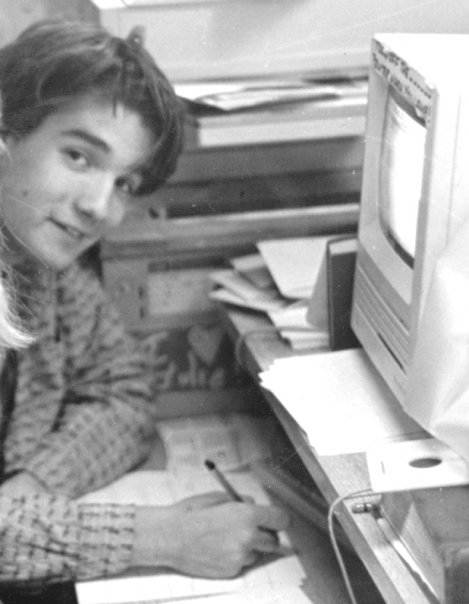 I went around taking photos showing the condition of the school.  But when I was putting the story to bed, the publisher was forced to kill the story.  I was told that it was not promoting school spirit. I argued that I had the right to tell this story.  I was then reminded that the school newspaper staff was not protected by the freedom of the press, that this was a dictatorship.


My photos were taken away and the story was dead.

Or was it?  After a few days, I went back out and shot new photos which I have since sat on those negatives...until now.


This was an era when the administrators had kept the school looking sharp, with freshly painted walls and new lockers, but ONLY on the first floor, where most visitors, like parents, were granted access to.

If they were able to just go up a flight of stairs, they would have seen the school under different conditions.

It was not too uncommon for classrooms to have issues, like in my business law class, we had a slight leak.  Often my classmate next to me was a bucket, or garbage pail, catching the dripping water, but to be fair, this mostly happened on rainy days.

I am not sure if this exposure to paint chips contained any dangerous levels of lead, but I can assure you that this was not taken care of during my time in school.

It appears that it took until 2012, for them to start working on removing the asbestos from the building.  Something, that I tried questioning about, back in 1990.


This was also the time that Schurz was preparing to go closed campus, and I was on a small committee, (which included local business owner, Mike North), where we tried to negotiate conditions.

My main concern was how the school was not prepared to increase the number of students in the lunchroom, without any air conditioners, during the hot seasonal days.

I kid you not, the following year, instead of installing air conditioners, they brought in fans.  When I confronted the principal on this, his response was, "Fans, by definition, conditions the air."  That is when I learned to always make sure that you have any agreement clearly written out.


Even though my story never got published, the plans for a new sports building died.  Even though, I would have liked to seen the building built, but not at the cost of poor conditions for the rest of the school and the students.


Today, the school looks like it has been cleaned up and nicely maintained, and not just only the first floor.

Is there still a Schurz Times newspaper?  Cuz, by the look of things now, the school spirit should be alive and well.  Of course, I have become a "visitor" seeing the nicely painted walls and sharp looking lockers.

There is always a deeper story under the surface.  Hopefully, there is someone there trying to put some light on that story.  Heck, the school was named after a guy who did that, and so much more!