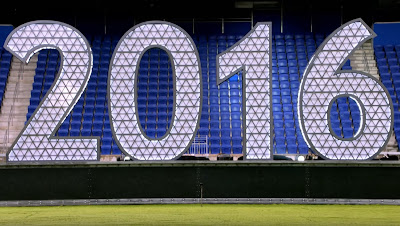 2016 has been a rough year.  From Zika, the presidential election, celebrity deaths, to Syria.  This, and so many other moments have been tolling on most everyone's daily grind. 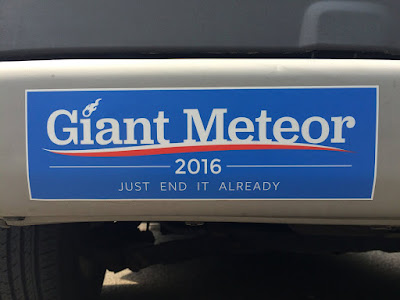 Many people have been creating and sharing memes representing what 2016 represents to them.  They call it "Me at the beginning of 2016 and me at the end of 2016" 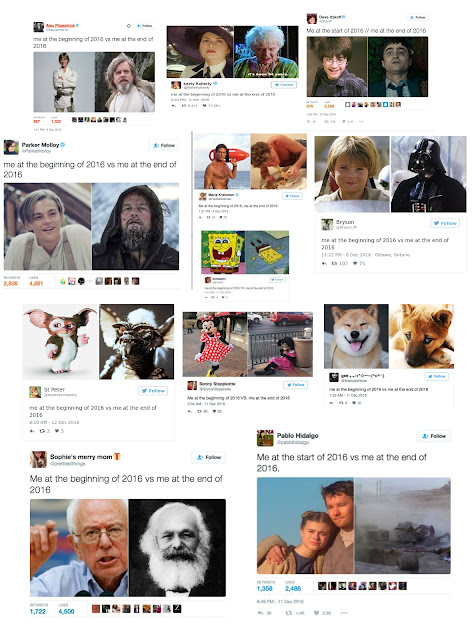 This is just a coping mechanism using humor to deal with this year's continuous stream of disappointments.  Let's deal with the celebrity deaths.  These are real people with real friends and family, who are personally affected...but they also entered OUR lives and affect how we feel as well.

2016 seems like a year where more celebrities have died, than usual.  Well, calculating this may be difficult, depending on your definition of "famous" or "celebrity" deaths.  There is a natural increase of possibilities, as there is an increase in outlets that can produce such talents, (TV, streaming, theatrical, sports, reality, billionaire con-artists, etc.)

Snopes.com, the internet fact-checking resource, tried to clarify if 2016 was the Deadliest Year for Celebrities.  They surveyed several news outlets, which lead to this graph: 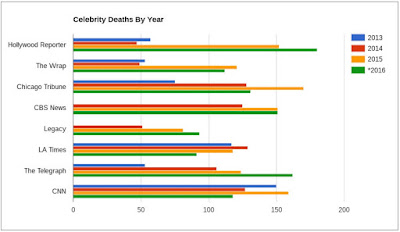 It appears that 2016 came close with winning that title, but like the election, there is no clear mandate.  Looking for patterns, is what humans do.  Sometimes we see things that make absolutely no sense.  Like celebrities dying in groups of three!?! 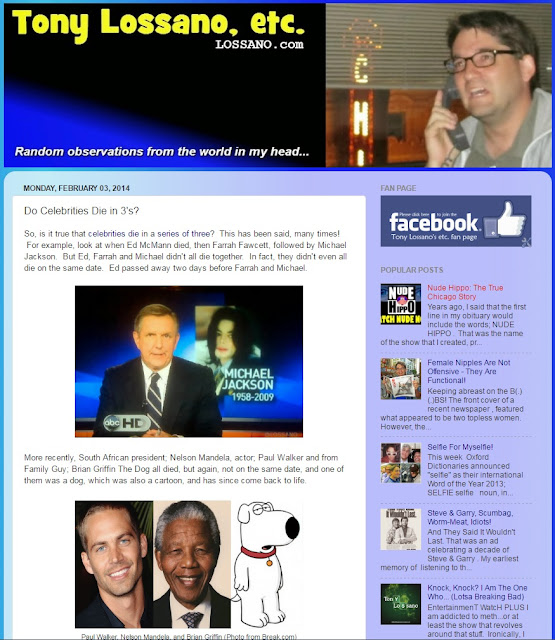 It still felt like celebrities died in 2016, on an ongoing regular basis.  (I am worried that there will still be more after this is published)

We made it so close to the end of 2016, when Star Wars' badass-princess, Carrie Fisher, looked like she was going to die, after flying back from London, and was put into a hospital.  She survived and was in stable-condition! 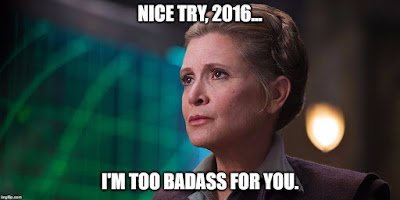 ...or so we had hoped.  Sadly, she did not, and then her mother, the legendary Debbie Reynolds tweeted this out:

Carrie is in stable condition.If there is a change,we will share it. For all her fans & friends. I thank you for your prayers & good wishes. pic.twitter.com/isXJqqFEB6
— Debbie Reynolds (@DebbieReynolds1) December 25, 2016


"I miss her so much, I want to be with Carrie."
-Debbie Reynolds to her son, Todd Fisher

Debbie Reynolds had passed away, from a broken heart.


and so many more, including even ALF aka Michu Meszaros, the actor who played "ALF" (76). 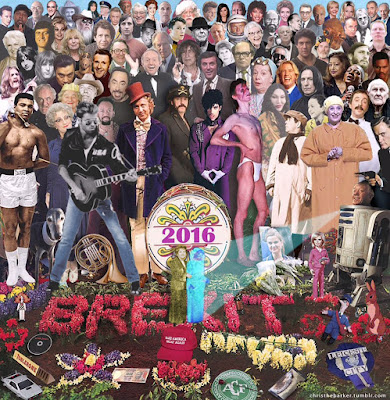 Has there actually been a surge of deaths compared to past years?  I believe discovering news via Facebook/Twitter, where we go to escape the troubles from the day, may just catch us more off guard.

The surprising results of the 2016 rigged election also helped pave the way for an anxiety tollway.

2016 is ALMOST over...however, 2017 will not magically be better, and come to think of it, I suspect that it may be worst.  Unless you stop thinking that events can be reset with just a new calendar.

The concept of time was created by man, to help give the illusion that everything does not just happen all at once. 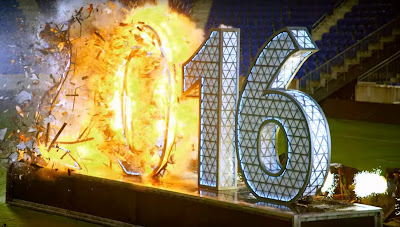 Slate wanted to know where 2016 ranked as "The Worst Year, Ever!" or something like that, and one historian suggested that 72,000 B.C. was the worst.  That was when a Sumatran volcano erupted with the force of 1.5 million atomic bombs.  So, maybe 2016 comes in 2nd?

But like with climate change, this is not going to get any better with time..  Unless we start doing something about it...is there enough bubble wrap in the world to protect everyone from the future.