As a single dad trying to raise a temperamental teenager in this environment, it is not easy...Especially since my 16 year old has taken a lot of my time, costs tons of money and never seems to appreciate all that I do for her...Luckily when I get tired of her, I can just shove her into a storage unit and just bring her out for special occasions.   Like today.

So, I hope that you will help me celebrate her Sweet 16 today!  No, I am not talking about a kid...but my television show.  It was on May 3, 1997, that my baby, THE BIG FAT NUDE HIPPO SHOW premiered on Chicago cable-television!

I remember when I initially filed the paperwork for my concept to do a series.  At the time, the person in charge of productions saw the title and just thought that I was just being silly.  He soon discovered that this joke was for real.

The concept was to create a local focused show that showcased Simply Chicago's Best! 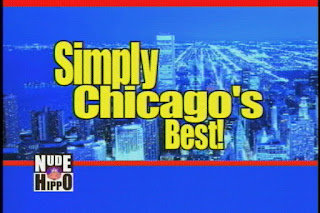 I grew up on local programs, like, Bozo's Circus, Family Classics, and Son of Svengoolie.  As time went by, these shows disappeared. (Thankfully, Svengoolie was brought back and is not only still on, but now is national...which is good & bad)

Our first year, the format was a combination of sketch comedy / vaudevillian talent show.  We had 76 amazing actors, which many have continued doing very-well in the business.  Heck, one of the actors, Luke Matheny, won an Oscar in 2011 for "God of Love" - Short Film (Not for anything he did on NUDE HIPPO, but I would still like to thank the Academy).


To celebrate the 15th anniversary, we produced a special.  NUDE HIPPO did some new segments since then, but for the most part, it has been packed away.  I suspect that it will return one day, with a special, perhaps, or maybe a motion picture...that is after we start our Kickstarter campaign.


Until then, it will continue to live with achieved videos saved on the interweb.


Amy Zanglin hosts a 'stream of consciousness-style montage' - featuring 15 years of simply Chicago's best moments captured on video. Most of this footage has not been seen anywhere since their original broadcast dates.

AMY'S (COMPLETE) SCRIPT FROM THE SPECIAL:
Nude Hippo premiered on cable from a basement turned studio in a park district field house hosted by beautiful & smart female. (whisper) it wasn't me I wasn't I was still in grade school. (Cut)

As the show developed during those early years, it quickly adjusted away from the sketch comedy and went towards a free-style, low budget but very creative skit comedy, now mixed with in-studio interviews with local television, radio and newspaper celebrities. (Cut)

After the first year doing weekly live shows, Nude Hippo jumped to a new commercial cable channel and became the only weekly live show on this new channel all from the TV studios at The Museum of Broadcast Communications. (Cut)

The show still had some skits and a fake news segment, but now it more focused on the celebrity interviews. (Cut)

After 9/11 the mood changed. Doing a live show with a public audience brought new security concerns. Followed by a financial scandal by a local accounting firm, brought new concerns to potential sponsors who were leary about investing in a show called The Big Fat Nude Hippo Show. (Cut)

In early 2002, Nude Hippo: Your Chicago Show launched from a new studio. This time it would be shot live to tape and without an audience. This version was promoted as an offbeat magazine-style talk show. (Cut)

Still, there were the zany skits, fake news and celebrity interviews, but now it added street reporting, which was only featured occasionally in the past. This time, it became 50% of each episode. And both the studio and field pieces featured not only simply Chicago's best, but help create the trend of other local programs imitate the Nude Hippo formula. (Cut)

The show lasted another five years doing this format, expanding to other outlets like NBC. On the actual tenth anniversary, Nude Hippo aired a special and it's final weekly show. (Cut)

The producers wanted to end on a high note and that seemed like the best time to say farewell. Except, it didn't exactly end. The show was renamed again, this time NudeHippo.tv and was shown only on the NBC website. The studio and hosting was dropped, but the field pieces covering great people, fun locations and cool events continued. A weekly radio segment on 94.7 was launched and a couple of Emmy's were won. Not bad for a show that was no longer on TV. (Cut) 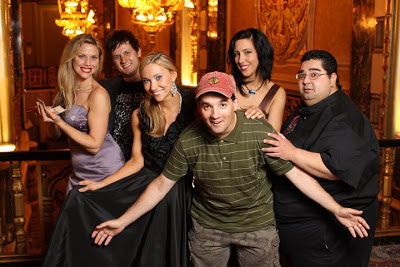 In 2010, Nude Hippo had one more rebirth, it would still focus on field reporting, and the fake news returned as a daily blog on the web and on the radio, but this time, Nude Hippo was to help launch a new channel for NBC. NBC Nonstop Chicago. (Cut)

Overall Nude Hippo has always evolved and lead the way for local programming, as that was one of the goals, to keep Chicago local. (Cut)

Did you know that Nude Hippo was live both on cable and the web back in 1999. Streaming live and then archiving on the web, six years before YouTube was created. Today you can see hours of clips from Nude Hippo online, just visit NudeHippo.com. (Cut)

Thank all who have been a part of the show, who we are proud that many have gone onto bigger and better things. (Cut)

Go behind the scenes of a rehearsal for NUDE HIPPO: YOUR CHICAGO SHOW. See what happens between the talent and crew as they prepare for the offbeat magazine-style talk show: