Are the women on the news getting hotter?  No, I am not talking about Diane Sawyer, Andrea Mitchell or Rachel Meadow.  I am talking about that one channel that is filled with news babes, known as the Fox News Channel.

Since August, I have been watching Fox News and I will admit, I do enjoy their satirical news-based-opinion-entertainment program.  NO, not Bill O'Reilly, I am talking about their late night show called Red Eye with Andy, Bill and a 5'6" midget troll.

On each show, they feature a different hot news babe...

Now I hate labeling them as hot news babes, but, COME ON, this is the reason why they are on the show.  Sure these gals are qualified, but it is their looks that sealed the deal here.  You don't see any overweight, older, non-model looking babes on the set as contributors.  This is a trend that you are seeing on traditional newscasts as wells, but Fox News is sure still in the lead. 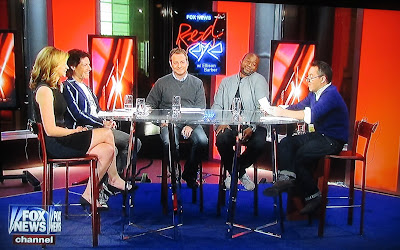 Almost every night on Red Eye, the very attractive gal, (and the only female guest), always sits on the side.  Is this perhaps so that you can see her well light and exposed legs?  Um, YEAH!  You can see this on their other newscasts as well.  However, on the rare occasion that they have two women on the set, they seem to put the older one in the poorly leg lit area, mixed in with the men.

When Jerry Springer first started, and they were having trouble getting viewers, the producer came up with the plan to recreate the show, that would grab the viewer's attention, within 3 seconds, with the audio down, while the viewer was flipping through channels.  That worked for the sleazy talk show.  Should that be the formula for a news channel?

I believe that a vicious circle has begun, where fewer younger people get their news from the internet, while the traditional news outlets try to win them back with less content and more visual tricks. 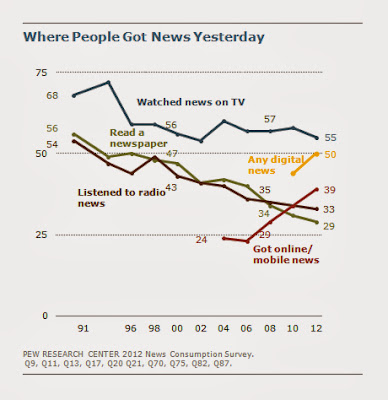 Last night, on Fox News, Ann Coulter seemed to make my point when she spouted out this;

Leave it to Ann to take my point and then completely flip it.  Gah!  She said,

Ann claimed that she was referring to other news channels, and not Fox News Channel.

That is just like how the GOP shutdown the government and then tried putting the blame on the president.  Actually, it is a clever move.  It is known as the old Chico Marx's Duck Soup position.  You know, the line;

"Who are you going to believe, me or your own eyes?"

And forget about a hot news babe on CNN with Wolf Blitzer, as I don't even think that he let's girls into his club house that he calls the Situation Room.  Well, not to burst Ann's bubble, but there is a whole website featuring the Foxy Fox Foxes and it is called, Fox News Girls.

I would love to live in a world where viewers would still watch the news for the content, and the news outlets would still give the news, instead of gimmicks...but as long as we watch them, the circus will continue.

With all of the Foxy Fox Foxes, I can watch Fox News with the audio down and simply enjoy the view.  So, I don't really care what the Fox says.

Too bad we really screwed up the news format.  It takes a fictional TV series to really explain the problem.  Fictional news anchor, Will McAvoy from The Newsroom explains;

"In the infancy of mass communication, the Columbus and Magellan of broadcast journalism, William Paley and David Sarnoff, went down to Washington to cut a deal with Congress. Congress would allow the fledgling networks free use of taxpayer-owned airwaves in exchange for one public service. That public service would be one hour of airtime set aside every night for informational broadcasting, or what we now call the evening news. 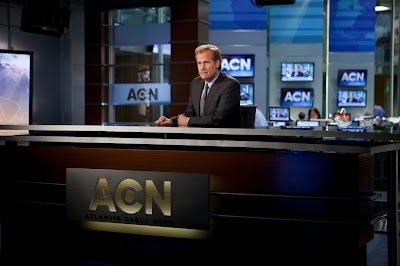 Congress, unable to anticipate the enormous capacity television would have to deliver consumers to advertisers, failed to include in its deal the one requirement that would have changed our national discourse immeasurably for the better - Congress forgot to add that under no circumstances could there be paid advertising during informational broadcasting. They forgot to say the taxpayers will give you the airwaves for free and for 23 hours a day, you should make a profit, but for one hour a night, you work for us."